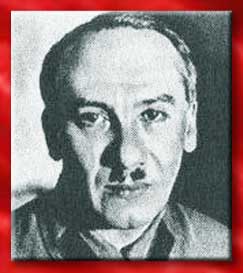 I’ve been writing a series of articles about exposing jewish criminals, and the most repetitive comment on youtube was, “What do these criminals being jewish have to do with anything?” Well I’ll explain before we begin with the initial article.

Jews are Reptilian hybrids; Reptilians are an extraterrestrial species that are working to destroy humanity. Their goal is to enslave all Gentiles and keep us from advancing into higher beings. By doing this they generated a parasitic race with a purpose to enslave, manipulate, and control us humans––that is the Jews. Reptilian genes were passed on to the Jew and their DNA remains within them. There is obvious proof that Jews can relate to reptilians just by seeing their purpose in zionism and world domination. Jews DO have reptilian genetics and this is obvious if one recognizes the features of a Jew. Their facial features such as nose, eyes, ears, etc can relate to reptilians. There were reptilian statues found in graves by the Ubaid people in Iraq which dates back to 4,000 BCE. ; This is about the time when Jews claim their beginnings. Gentiles go back much further than that.

Everything the Jews do can relate to reptilians such as animal mutilation, blood drinking, and human sacrifices that are involved in their cultural rituals. Other enemy ET’s such who work with the reptilians such as Grey’s do the same activities. Cattle mutilation, abduction, sacrifices are proven to be responsibilities of Grey and reptilians. You see Jews having the same intentions and pursuit. Even in the Jewish made religions include sacrifices that symbolize cannibalism such as ‘eating the flesh and drinking the blood of Christ’. And in the bible it talks nothing but gore, blood, violence that is fed to little children. The truth is that it’s in their nature to do such; they were created for this purpose.

Jews, even on a unconscious level, will naturally feed off your vital energy and life force. They are born “psychic vampires” with the ability to drain Gentiles, even without knowing they are doing so. This is how they survive and regain their energy. Like vampires, they attach to their victim with the need to feed on a daily basis. This comes natural to them. Remember that they are programmed and designed for this purpose, as it’s in their subconscious to do such.

Also you can see that Israel is a race based state, where the government even forces all immigrants applying to take a DNA test to prove their racial Jewishness. They introduced DNA testing to ensure that no non-Jews from Russia enter the country, according to an announcement from the Prime Minister’s office in Tel Aviv made at the end of July 2013.

Jews have reptilian genes and they’re created to remove knowledge and fool us. Their so called masters (what we know as reptilians) have helped these parasites and gave them the knowledge to defeat us. Jews are NOT of the human race and most definitely not of the white race!

“ We must not forget that some of greatest murderers of modern times were Jewish….”

In this article I will expose the jewish criminal Genrikh Grigoryevich Yagoda. Born Yenokh Gershevich Iyeguda (Енох Гершевич Иегуда) (November 7th 1891– March 15th 1938) into a Jewish family in Rybinsk. Yagoda was the Jewish head of the notorious Soviet Secret Police, the NKVD from 1934 to 1936 and laid the groundwork for the infamous Show Trials. Responsible for the deaths of at least 10 million people, Yagoda’s black vans went out at night in St. Petersburg, known then as Leningrad, to round up so called “class enemies”: former members of the aristocracy, former civil servants, former businessmen, former teachers and professors and professional people, and or ethnic Europeans who had graduated from a university. A quarter of the population of the city was arrested and liquidated under the order of Yagoda. Genrikh Yagoda was a jewish murderer and like all the other communists showed no regards for any life, followed his own selfish pursuits no matter who he harmed, he lied, he stole, and should be remembered as the vile creature he truly was.

Honors and awards Yagoda Received (For being a murderer)

Yagoda joined the Bolsheviks in 1907 and in 1914 he married Ida Averbach (jew), a niece of Yakov Sverdlov (jew) another notorious jewish Bolshevik responsible for the final telegraphic instructions to murder the Imperial Family.

About the Tsar family ~ http://deathofcommunism.weebly.com/jewish-murder-machine.html
Yagoda was a member of the Presidium of the Cheka in 1920 and was appointed by Felix Dzerzhinski (jew) as Second Deputy Chairman of the Cheka’s successor organization, the OGPU, from 1923 to 1934. He was described at the time, by Georgi Agabekov, as “brutal, uncultivated and gross”.

Yagoda was responsible in September 1927 for the ‘exposure’ of the ‘Left Opposition’ led by Trotsky and Zinoviev, and in an entirely fabricated report engineered by Stalin, they were found guilty of collusion with the Whites. In November Trotsky, Zinoviev and almost a hundred of their followers were expelled from the Party. (Jews rating out other jews)

In 1930 he was in charge of the system of forced labor camps throughout the Soviet Union. A close longtime associate of Stalin, Yagoda became a member of the Central Committee of the Communist Party of the Soviet Union in 1934 and was put in charge of the newly organized Commissariat of Internal Affairs, the NKVD, into which the OGPU had been absorbed that year. There is evidence that Yagoda was instrumental in establishing the NKVD’s sophisticated medical section, the Kamera (Chamber) which experimented in the use of drugs and poisons. (Communists experimented on German pows in world war 2)
When the Kulaks were targeted by the communist jews, Yagoda told Stalin that the “only way of dealing with the kulaks was with bullets. One OGPU official admitted: “We have executed some twenty or thirty thousand persons, perhaps fifty thousand. They were all spies, traitors, enemies within our ranks, and a very small number in proportion to the persons of this kind then in Russia.

“Stalin (jew) gave instructions that concentration camps should not just be for social rehabilitation of prisoners but also for what they could contribute to the gross domestic product. This included using forced labor for the mining of gold and timber hewing. According to the anti-Comintern Bulletin of April 15, 1935, Yagoda’s organization, between 1929 and 1934, drove between five and six million Russian peasants from their homes.

As deputy head of the GPU, Yagoda organized the building of the White Sea – Baltic Canal using forced labor from the Gulag system at breakneck speed between 1931 and 1933 at the cost of huge casualties. For his contribution to the canal’s construction he was later awarded the Order of Lenin. The construction of the Moscow-Volga Canal was also started under his watch but only completed after his fall by his successor Nikolai Yezhov (jew also known as the bloody dwarf).

Yagoda and Yezhov (jew) organized purges and round-ups (and executions) of the so called ‘conspirators.’ Zinoviev (jew) and Kamenev (jew), however, put up a defense during their trial in January 1935, and after the trial Stalin summoned Yagoda, saying to him “You’re working badly, Genrikh Grigoryevich! You should have tortured them until they made a full confession!” Yagoda was so shaken by the meeting that when he recounted it to his deputy, Georgi Prokofyev, he burst into tears. In August 1936 Yagoda held the first of the infamous show trials,Yagoda supervised the arrest, show trial, and execution of the Old Bolsheviks Lev Kamenev and Grigory Zinoviev. These events would lead to the manifestation of the Great Purge. Zinoviev and Kamenev and a number of their associates ‘confessed’ to a series of charges including and were immediately executed.

“Many Jews sold their soul to the Communist revolution and have blood on their hands for eternity.” Even if the communist jews followed all the despicable orders of tyrants like Joseph the jew Stalin they themselves were executed. There is no loyalty within jewish ranks, everything and everyone is disposable even their own kind.

It is said that Stalin never fully trusted Yagoda, and on September 25th 1937 Stalin sent a telegram to the Politburo demanding Yagoda’s replacement by Yezhov, stating that “Yagoda has definitely proved himself to be incapable of unmasking the Trotskyite-Zinovievite bloc. The NKVD is [now] four years behind in this matter.”

Yagoda was removed from office on September 26th and replaced by Yezhov, under whose fanatical direction the purge trials continued reaching dizzy heights. On March 13th, 1938 Yezhov announced another of his great counter-revolutionary conspiracies, this time by Yagoda and his leading departmental chiefs who were all already in prison. Yagoda became a defendant at the third show trial that month, where he was accused of being a member of a “Trotskyite” conspiracy intent on destroying the Soviet Union through sabotage. In addition he was said to have arranged the poisoning of his predecessor, Menzhinsky, the great writer Maxim Gorky and the Chairman of the State Planning Commission, V.V. Kuybyshev. He was convicted and sentenced to death on March 15th, and shot soon afterwards at the Lubianka in Moscow, as were all his fellow accused, bar one, who was poisoned.
On September 25, 1936, Stalin sent a telegram (co-signed by Andrei Zhdanov) to the members of the Politburo. The telegram read:

“We consider it absolutely necessary and urgent that Comrade Yezhov be appointed to head the People’s Commissariat of Internal Affairs. Yagoda has obviously proved unequal to the task of exposing the Trotskyite-Zinonievite bloc.

A day later, he was replaced by Yezhov (jew), who managed the main purges during 1937–1938. Yagoda was arrested on Stalin’s orders, and Yezhov announced Yagoda’s arrest for diamond smuggling, corruption wrecking, espionage, Trotskyism, and conspiracy and spying for Germany since joining the party in 1907. Yezhov even sprinkled mercury around his office, then blamed it on Yagoda trying to assassinate him. Yagoda was a defendant at the Trial of the Twenty-One, the last of the major Soviet show trials of the 1930s. Yagoda was shot soon after the trial as were 3,000 of his NKVD supporters. His successor and former deputy Yezhov ordered the guards to strip Yagoda naked and beat him for added humiliation just before his execution. Yezhov himself would suffer exactly the same treatment at the order of his successor and former deputy, Lavrenti Beria (Jew), before dying by the same executioner (NKVD Chief Executioner Vasili Blokhin) just two years later.

Yagoda diligently implemented Stalin’s collectivization orders and is responsible for the deaths of at least 10 million people. But i bet you never heard his name once in history class.
“ Even if we deny it, we cannot escape the Jewishness of “our hangmen,” who served the Red Terror with loyalty and dedication from its establishment. After all, others will always remind us of their origin.” The Jews active in official communist terror apparatuses (In the Soviet Union and abroad) and who at times led them, did not do this, obviously, as Jews, but rather, as Stalinists, communists, and “Soviet people.” Therefore, people find it easy to ignore their origin and “play dumb”: What do jews have to do with them, or what does them being jewish have to do with them being criminals? Everything…