This is a petition to take off from power the Jewess Dilma Rousseff and her “workers party” (a front party for Communism). That is official petition and went to Brazilian senate, and can come true as Brazilians did already an impeachment for ex-president Collor de Melo.

In this Tuesday, October 21, was filed with the House of Representatives, the Federal District, the impeachment of President Dilma Rousseff. And also two other actions in the Superior Electoral Court, requiring the closure of the Workers Party (PT), and another, the removal of the Worler’s Party candidate for president, Dilma Rousseff, Elections 2014.
There is still hope and there is strong opposition to this fraud that Democracy is the government of the PT and what they did with the mentality of the Brazilian. The real opposition starts now:

Here is the link for the petition:
https://secure.avaaz.org/po/petition/Impeachment_da_Presidente_Dilma_1

The situation is grave, Dilma is for Brazil what Putin is for Russia and there are many poor and ignorant people who will suffer much more, as well as the Aryan born Brazilians who pay the most.
Here is a post I made about it:

That’s a defeat for the Brazilians, and mainly for the White Brazilians who for majority wanted Aecio who is a prepared Stadist, not Dilma who was elected by the most miserable mongrelized communities in the country and voted again for their own misery (with more 4 years it will be 16 years of Lula’s workers party in power).

Is incredible what a level of ignorance the population is in, to vote someone who was indicted for murder, torture and terrorist acts alongside her group, in the atempts of communist takeover in the country, decades ago. Need to mention she is a Jewess?

Not only it, she is extremely dumb for a kike and was never meant to the public office, and always ask mentoring from the communist Lula. She will not control inflaction next year and the country’s economy will be terrible ruined.

This video is with english subtitles:

The White Brazilians (mainly from the South which was colonized by European peasants and is the most rich and developed of the country) are considering separate the country. They didn’t wanted Dilma’s Communism and they pay 48% of the taxes in the whole country, being the smallest region.

The picture states: WALL NOW! We must respect the electors of the workers party… And send Dilma to them alone! 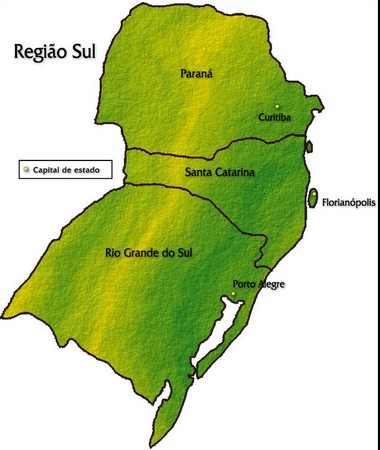 Here is a picture of a Southern city, Gramado, State of Rio Grande do Sul, who made their development with their own hard working as peasants and pay the most taxes for Jewish controlled Brasilia:

In the Northeast, here are Dilma’s electors who gain alms from her government…
The picture says: This man gain 77 Brazilian Reais from the “Bolsa Familia”. Acording the workers party, this family is free from misery.

Here is the “hero” of the people: 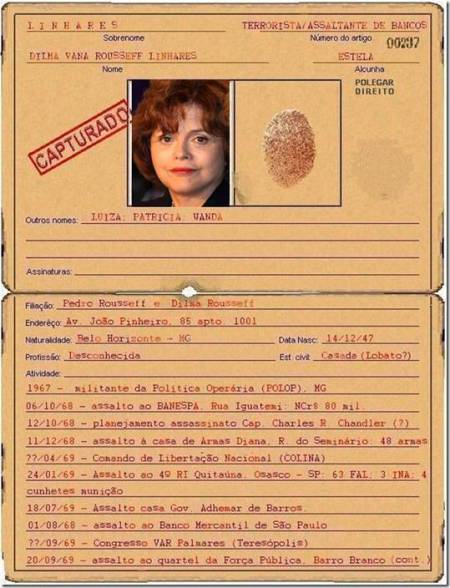 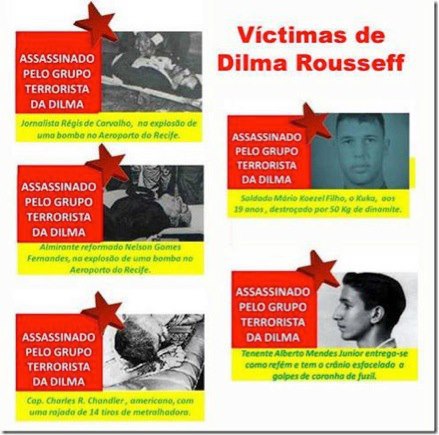 It must stop, she is not only a Communist but a terrorist, murder and torturer.

This was the letter from my personal friend:

If in the end the court did not comply. So my friends … This is not liberty, equality, fraternity, democracy … This is fear and lack of logical reasoning for not realizing what MEANS VOTE, the weight that this decision has. Maybe this is what our opposition should have been doing all year to raise awareness and teach Politics, Rights, Duties and the people think with the mind and heart and not just for the thrill, the Navel and belly.

Big hug my dears. I’m still investigating, researching and collecting responses to the absurdity that was yesterday.

Note: If I disappear, short seek directly to those who are monitoring me and blocked my facebook pages, tried to break into my Hotmail and sent thousands of messages to my phone in tones of menace. Seriously, I’m not kidding. This is not democracy is Dictatorship, my friends, and I am feeling threatened me, but I keep being firm opposition to all this. For the sake of my family I beg you to help me in case it happens, seek justice, Federal Police, Attorney, Supreme Court, my family, parents, relatives, all living in (city name), finally, do not forget me because I have not forgotten and do not forget you, keep believing and fighting for us (and in deep pain, tears and suffering) and I just fall into the reality that the PT is what most of Brazil Really Wants Possession after January 2015. Thereafter the work is political and not educational and research because the Federal Police, the senate, Congress, All are aware of the complaints, if there is no punishment crime in Brazil will offset more and then we are lost.

Please do not forget that it is for our children, families and all the values ​​that have guided our lives we sacrifice more important things than a simple e-mail and a hand to a colleague. Do not forget to follow me because Censorship has begun.