Recently there was a petition put forward on change.org to open KGB archives for Russian people to learn about real estimates of Stalin’s and other soviet political repressions and mass murders. 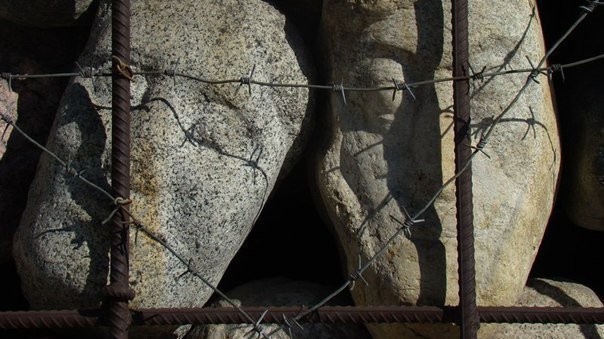 “In March 2014, the period of secrecy of the overwhelming majority of documents from the archives of Soviet security agencies was extended for 30 years – until 2044. Under the action of this decision falls a huge number of documents relating to the Great Terror of 1937-38, extremely claimed by historians and relatives of the victims of repression. Hundreds of thousands of people who fall under the article of execution may remain anonymous, despite all the efforts of the descendants to learn about the fate of their family during the Great Cleansing.

The period of storage of documents containing state secrets is limited by the law 30 years from the date of their creation. The presidential decree of 1992 contains a requirement to declassify all materials relating to repression and violation of human rights. Despite this, access to archives is virtually closed to citizens. Since the collapse of the Soviet Union, almost a quarter of a century has passed, but the FSB, the legal successor of the Soviet state security agencies, continues to protect their secrets, creating the ground for falsifying the history of our country.

In March 2014, the Interdepartmental Commission for the Protection of State Secrets (MVK) passed a resolution prolonging the period of secrecy for a vast array of documents of the state security agencies for another 30 years. Until 2044, the “secret” stamp will be on any documents containing information about intelligence, counterintelligence, operational and investigative activities, persons cooperating on a confidential basis with state security bodies, employees of state security agencies who took part in special operations, etc. . – a list of information categories of 23 items makes it possible to extend the confidentiality of virtually any document created between 1917 and 1991.

According to the law, documents, the period of secrecy of which has expired, must be transferred to the State Archive of the Russian Federation, where they become accessible to all. “The more materials we have, the clearer we can understand and appreciate the mechanisms of political power, decision-making and state suppression of everything that the state considered harmful, superfluous and unnecessary. Without the disclosure of the archives of the special services, this understanding is impossible “(Nikita Petrov, historian, deputy chairman of the Council of the” Memorial “Society).

Excessive zeal to preserve secrecy not only harms the public, but also costs the state budget dearly: FSB officers receive serious surcharges to their salaries for working with classified documents (20-25%). In addition, unlike civil servants of state archives, archivists of the FSB receive significant payments for military ranks.

Recently, the whole country celebrated the 70th anniversary of the Great Victory. Representatives of the authorities, cultural workers, journalists, teachers in schools – all talked about memory, about how important it is to know your history. But secrecy of the most important archival documents is an attempt to make our memory selective.

We ask you to cancel the conclusion of the interdepartmental commission for the protection of state secrets dated March 12 “On the extension of the time of classification of information constituting state secrets, classified by the Cheka-KGB in 1917-1991.”

Being an eye-opening to to those Western WN deluded into Putin-Is-White hoax, Putin, who admits that the first government of USSR was 80% jewish and claims [in this very popular among WN video] that “wrong ideologies fell”, admits that jewish repressions and mass murders of White Russians ARE SOMEHOW STILL RELEVANT till today, and open info about them should not be passed into the hands of Russian goyim yet.

So this is the answer of Russian government:

КГБ не рассекретится (KGB will not open itself to public)

“Activists of «Команда 29» were refused in opening the archive of USSR. Commission for Protection of state secrets claimed that this information of the work of Cheka from 1917 is «still relevant», and its publication will harm national safety of Russia.

The spokesman of «Команды 29» Aleksander Tsigankov (Александр Цыганков) told «Газете.Ru». that after the petition (петиция) for opening archives at change.org gathered more than 50 000 signs, it was sent to Interdepartmental Commission on Protection of State Secrets. And the answer came.

«Interdepartmental Commission on Protection of State Secrets concluded that there is information about the forces and means of intelligence, counterintelligence and operational-search activities, as well as activities in the field of counter-terrorism security authorities during the period (1917–1991 years. — «Газета.Ru»), — tell the Commission. —

these information is still relevant today, because their distribution is likely to harm the security of the Russian Federation, and thus needs extension of the secrecy period».

Thus till 2044 the label «state secret» will be on all documents, containing information about the forces and means of intelligence counterintelligence and operational-search activities, about all persons who co-worked with any of state services on secret basement,about any and all state service officials, participating in special operations, etc. — it has a list of categories of info including 23 points and can extent the secrecy status of almost every and all documents signed in the period from 1917 to 1991 years.