Now this is going to trigger a lot of ideological Vegans… Any suggestions will be apraciated.

Rejoinder to “Eating Meat Is Natural Because We Are Omnivores”, “Canine Teeth Make Me A Meat Eater” and “Animals Eat Animals, So I Will Too”

https://yvfi.ca/omni
YVFI: “The claim that humans are natural meat-eaters is generally made on the belief that we have evolved the ability to digest meat, eggs and milk. This is true as far as it goes (…) This reasoning depends on the claim that if a thing is natural then it is automatically valid, justified, inevitable, good, or ideal.”

Yes natural is indeed valid, justified, inevitable, good and ideal. They not only admit that being omnivore is natural for human beings – and a handful of other species – but also that the UNNATURAL ways of the industrialized farming are dangerous and harmful.

Humanity and the planet as a whole suffered a lot for the adoption of unnatural behaviors and denial of traditional and natural values. Industrialized faming, multiculturalism, denial of family and the list goes. It’s not an unrealistic expectation of what natural is that invalidate what is natural for each species of beings: omnivores, carnivores and whatever each one is. No peoples in ancient mankind who lived better lives than today’s degeneracy adopted something vegan-like as diet and yet they cared enough for animal welfare, as in Ancient Egypt and Vedic societies. Veganism is a modern and unneeded sophism. 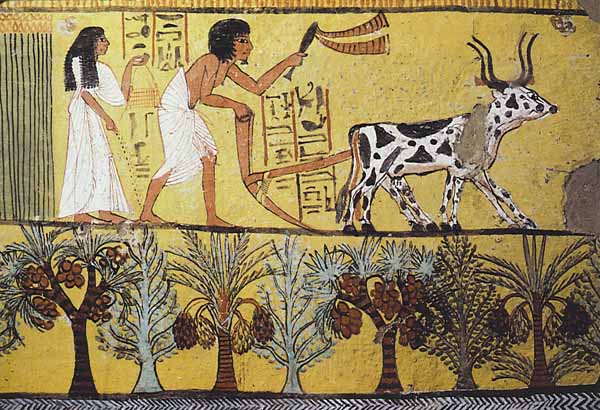 The answer is to put an end to the Jewish monopoly of industrialized farming and to eat organic food, while slaughtering the animals in the most humane ways possible. This being said, it also debunks the chapter trying to demoralize people who ‘love animals and aren’t vegans’, as that section is nothing but pushing the falsehood that the abuse existing in animal farming is the only way of meat consumption. 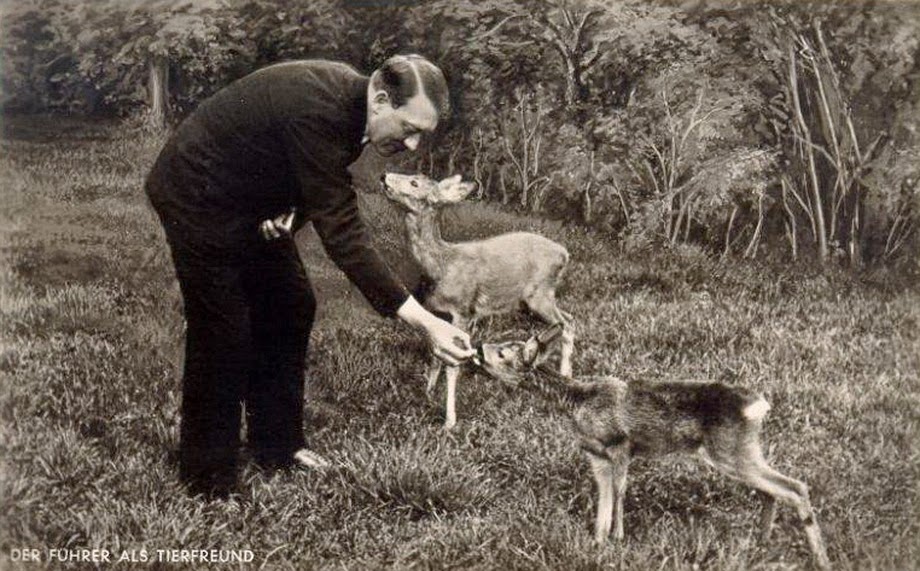 Hitler and other the Nazi leaders were the first to effectively apply animal rights as a State police and put a ban on cruel Kosher slaughter, Jewish industrialized farming and usage of animals in experiments, while natural farming was encouraged and balanced in order to avoid the over industrialization of society.

https://yvfi.ca/teeth/r
YVFI: “… But we are capable of digesting the flesh and secretions of other species, which means that we can choose to eat plants, animals or both.”

This is self-answering, our dentition and digestive systems again proof we are omnivores. As for “choosing” and that “dogs can be vegan” is paradoxical, since we don’t actually “choose” our nature, we adapt ourselves to her dictation, and we must not go against her.

https://yvfi.ca/carnivores/r
YVFI: “Non-human animals do many things we find unethical; they steal, rape, eat their children (…) Each is an individual species with individual needs and capacities for choice.”

While the first sentence is a laughable lack of common sense as an attempt to, again, demoralize people for being omnivores, the second sentence is obvious and is not a proof that the “natural argument” is unethical or nor applied to we humans: We are following our own nature as omnivores as well as lions are following their own individual nature of being carnivores. Because we are omnivores and many animals eat meat does not mean our nature is the same as every animal.

https://yvfi.ca/perfect/r
YVFI: “The meaning of the word ‘vegan’ excludes the possibility of perfection, and vegans themselves understand they cannot hold their philosophical position absolutely.”

https://yvfi.ca/veganskill/r
YVFI: “It is pertinent to note that the idea of perfect veganism is a non-vegan one. Such demands for perfection are imposed by critics of veganism…”

This is self-answering. The critics are based by the standards Vegans themselves invented. While trying to prove it is possible to live as Vegan, their argument is that for being Vegan… It’s to be a non-100%-vegan (thus not a vegan) by their own standards, and so vaganism is not the answer, as all of our ancestors and also many animals could live in a “100% omnivore life” while as the website itself proves you cannot be 100% vegan, and plant farming does kill animals. So the question is not if you will kill animals or not – or how much of them you will kill – but again, how much of their suffering you can avoid while slaughtering them.

Rejoinder to “Eating Meat Is My Personal Choice”

https://yvfi.ca/choice/r
YVFI: “Simply because a thing is not condoned by law or society does not make it ethical or moral.”

What is “moral and ethical” is defined by a society, veganism makes up its own moral bias summing up animal rights within an unrealistic and unpractical perception of it, while demoralizing everyone else who does not conform to its standards.

Like the point made before, vegans are still “killing” animals through plant farming, but this is not unethical. The attempt of calling the act of eating meat “unethical” is recurrent and hypocritical “holier than thou” vegan fallacy. Since in both wildness and human societies – by vegan admission – animals will be slaughtered either in plant farming or animal farming, the solution is to find humane ways of doing so, independent it will be in large or smaller scales.

Rejoinder to “Vegans Cannot Get Enough B12”, “Vegan Parenting Is Brainwashing” and every other misinformation attempting to give a pseudo-scientific base on the moral outrage of vegan ideology

Veganism is built on lies, nutritionally humans are omnivores, that is why Vegans have to take supplements to be able to be on a all plant based diet, otherwise they couldn’t physically do this for long. Its not just B12 either. When Vegans pipe up with just B12 they don’t know what they are talking about and prove you don’t want to take any advice from them nutritionally. Long term Vegans have cupboards full of different supplements they have to take to try and avoid paying the price of their abnormal diet. Note how dangerous B12 deficiencies are. Vegans take artificial B12 all day long from injections, pills its mixed in their Vegan food products like Almond Milk and on. And still as a demographic Vegans are 70% B12 deficient. Trying to totally replace organic nutrition compounds with artificial vitamins is not wise. Many long term Vegans end up with degenerative diseases of the spine due to their body leeching amino acids from the spine to keep them alive. Nervous system disorders, mental disorders, high heart disease and cancer rates due to this diet.
So the health claims are lies.

Carnism is also a social construction, we are omnivores, Vegans prove this fact by having to stay alive on artificial vitamins. Since Veganism is a cultural Marxist paradigm they foolish believe anything they don’t like they can label as a social construct. And ignore any counter evidence with name calling like “Carnist” but this abnormal diet takes its toll.

Speciesism is another bogus construct created and popularized by people such as the insane, Communist, Jewish pervert, Singer who believed bestially was normal. This is were you get the militant Vegan SJW’s. Speciesism is based on the psycho pathologizing and dehumanize of all non Vegans as Speciesist. Don’t like something just put a ism or ist on the end of it and start the name calling….

“In a 2001 review of Midas Dekkers’ Dearest Pet: On Bestiality, Singer argues that sexual activities between humans and animals that result in harm to the animal should remain illegal, but that “sex with animals does not always involve cruelty” and that “mutually satisfying activities” of a sexual nature may sometimes occur between humans and animals, and that writer Otto Soyka would condone such activities.[40] This position is countered by fellow philosopher Tom Regan, who writes that the same argument could be used to justify having sex with children. Regan writes that Singer’s position is a consequence of his adapting a utilitarian, or consequentialist, approach to animal rights, rather than a strictly rights-based one, and argues that the rights-based position distances itself from non-consensual sex. [41]”

Veganism is part of the anti-White, Jewish Social Marxist movements. Which the Jews who created such themselves in their own writings, as Professor Kevin McDonald pointed out in his work “Culture of Critique” admitted, the same Jews stated their goal was the destruction of Western society and the White Race.

“Accordingly, any non-Jew who adheres to these laws because they were given by Moses[4] is regarded as a righteous gentile, and is assured of a place in the world to come (Hebrew: עולם הבא‎‎ Olam Haba), the final reward of the righteous. [5][6]

Two Italian parents could face criminal charges after their daughter was found to be suffering from malnutrition – and their vegan diet is being blamed.

When the unnamed couple brought in their two-year-old child, identified only as ‘Chiara,’ to a pediatric hospital in Genoa for a check-up, she was immediately transferred to intensive

Doctors found the little one to be underweight and suffering from a number of complications, including low levels of hemoglobin, poor responsiveness and slow movements, as well as a B12 deficiency, according to The Local.

While doctors are investigating if there are any hereditary diseases that may have contributed to the child’s health problems, it’s thought the root cause is linked to the lack of animal products in her diet.

Of course, both parents are vegan as well, so no “spicy meatballs” or Parmesan cheese at the family dinner table.

The child was also breastfed while mama was eating vegan.

“The lack of B12 causes irreversible neurological damage,” pediatrician Alberto Ferrando told La Repubblica. “If action is taken fast to rebalance the conditions, the more chance you have of recovering the health of the child. Unfortunately, the damage is much greater in the youngest.”

The young girl was removed from intensive care after seven days and is understood to be recovering in a convalescence ward.

While raising a child on a vegan diet isn’t regarded as mistreatment in Italy, social services have been notified of the child’s well-being and the parents could face charges of ‘neglect,’ with a case likely to appear before the Juvenile Court.

Police in Florence launched an investigation last July into vegan parents whose 11-month-old child had to be treated for severe malnutrition.

Also last year, a judge in Bergamo in northern Italy ordered a vegetarian mother to incorporate meat into her son’s diet after the boy’s father complained his son’s health was being put at risk.